If I had to pick a theme for the Global Abilities Foundation Rec Fest held on April 1st at Penn State Harrisburg, it would be smiles. Those of you who have paddled with Susquehanna Valley TRR know that I have one specific rule: if you’re not smiling, you’re doing it wrong! Well, we must have been doing something right because the smiles were broad, toothy, and contagious.

The young lady in the image above was the very embodiment of Rec Fest with her wide grin, loud giggles, and pure joy as she paddled a kayak for the very first time in her life. She may have some physical limitations, but none of those stopped her from having a great time, paddling two laps around the pool, ending each to a round of applause from the gathering crowds which had grown to nearly thirty people by the time she wore herself out by simply having fun.

We put twenty-one people on the water, many for the first time in their lives, others trying to get back into a sport that their injuries pushed them out of. We met three Veterans at this non-Veteran event, each of whom enthusiastically joined the chapter on the spot. We connected with several new volunteers, several of whom bring some advanced medical skills to the chapter and one who is in school to become a recreational therapist. And, we were presented with a $300 donation to help us continue the work we are doing.

Finally, I would be remiss if I didn’t publicly thank each of our chapter volunteers who came out and really worked their tails off. Mike Betts (who took these great pictures when he wasn’t teaching boaters), Jenn Eaton (our KAOS director who really did great work with the kids), Sue Schaffer (who was in constant motion spreading the word getting people to come to the pool and try this out), my son John Butler (who is becoming a great teacher in his own right), and my wife Melissa (still massaging her hand from filling out so much paperwork). And, a shout-out to volunteers from the Penn State student body who came out to help load and unload gear and move boats around as needed. 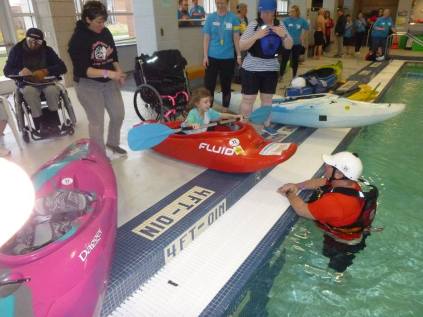 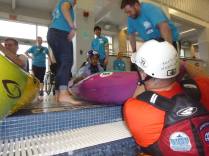 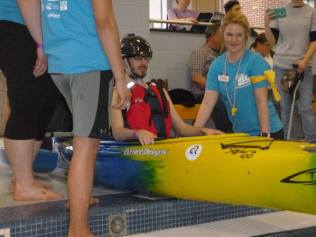 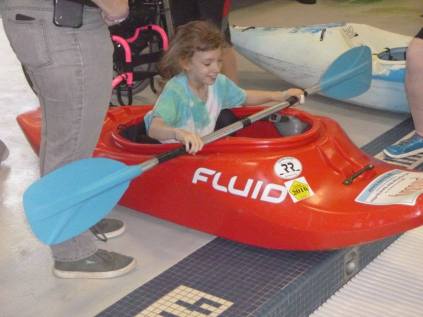 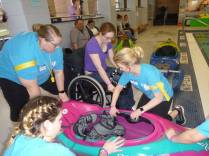 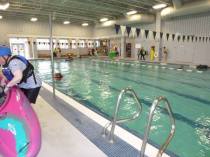 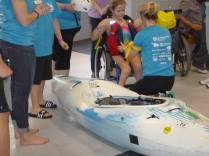 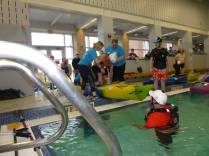 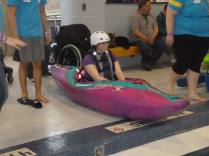 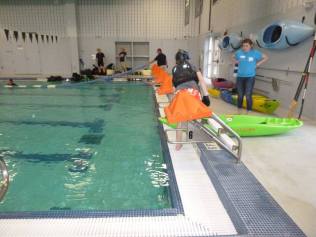 Team River Runner (TRR) has helped me in more ways than I think I can name. So, let’s talk about the big one – TRR has helped me to heal.   You might not be able to see it when you meet me, but I am a little bit broken from my time in the …

END_OF_DOCUMENT_TOKEN_TO_BE_REPLACED

― What TRR Means to Me

END_OF_DOCUMENT_TOKEN_TO_BE_REPLACED

I served briefly in the Navy but was discharged due to a pulmonary embolism.  I reached a point where I couldn’t deal with pain anymore.  My husband and I decided to purchase a swim spa so I would be able to exercise in water.  At that point my doctor referred me to Rec Therapy to …

END_OF_DOCUMENT_TOKEN_TO_BE_REPLACED

― Sandy and Me on the San Juan

How I found Susquehanna Valley Team River Runner (SVTRR) isn’t important; however what I’ve learned about myself, others and what I’ve accomplished since finding SVTRR IS. No matter how one becomes a person with a disability, we all have strengths, abilities and needs. SVTRR is a place where all three of these characteristics are met …

END_OF_DOCUMENT_TOKEN_TO_BE_REPLACED

― We all have Strengths! By Jenn E.

I am so glad that I discovered Team River Runner. It has been very therapeutic for me. After suffering from PTSD for many years, I didn’t think I could be happy or have fun again. Now I have Kayaking and have fun again.  TRR has been a big part of my recovery. Steve N. USCG, …